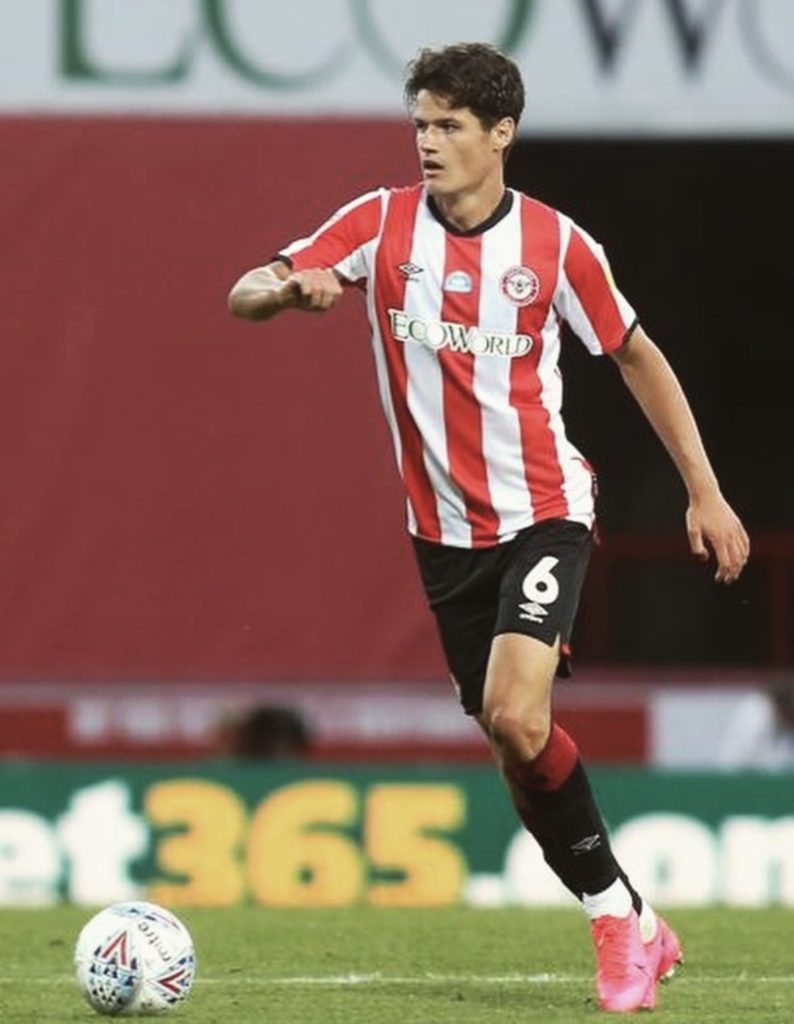 Danish footballer Christian Nørgaard has always had a big passion for ball-sports.
As a kid, he spent all his free time playing not only football, but also tennis, badminton, table-tennis and handball. Anything including a round object, being played around by opposing sides, and you would surely see Christian pursuing a win.

In his early teens, Christian showed the greatest talent on the football pitch and he joined the local football club, where he quickly gained the attention of trainers and scouts.
At the young age of 14, Christian was enrolled in Lyngby FC’s youth program, where Christian played until the age of 18, where he joined Hamburger Sport Verein.
This was a relatively short stay for Christian, as one of Denmark’s oldest and most prestigious clubs, Brøndby FC, had shown interest in the young talent, and in 2013, at the age of 19, Christian joined Brøndby FC on a 2 ½-year contract. Christian ended staying with Brøndby FC for a total of 5 years, where he became at bit of a club legend, with a very imposing presence of the midfield.
After the summer of 2018, Christian had a brief time in Firenze Italy, with the club Fiorentina. He signed a four-year contract, but only one year later, he was bought by Brentford and joined his old coach from the time he played for Brøndby F.C., Thomas Frank.

On the pitch, Christian has often been the natural choice for captainship, as many teammates look to him, for his calm overview and key perspectives of the game. This is not something that Christian has pursued intentionally, but sometimes the best leaders are elected naturally, rather than being appointed, and Christian fitted the role perfectly.
Christian has often been quite outspoken about the pressure that elite sports can put on performers and the constant demand of performing highly at each match fixture, and the quick and deadly criticism that can arise, when failing to meet own, media and or fan expectations.
This is a part of the game, everyone knows that, and in Christians view, being able to accept and process the emotional ups and downs that this causes, is key to a happy life as an elite sports performer.
Nowadays, Christian spends a lot of his free time on golf, grinding down his par. It is a great way to unwind, relax and focus on something else than football, while still pursuing that win.

It is possible for Christian to enter commercial partnerships.
For inquiries pertaining to commercial booking, please contact Sophie Pebbles at s@agenturcph.dk